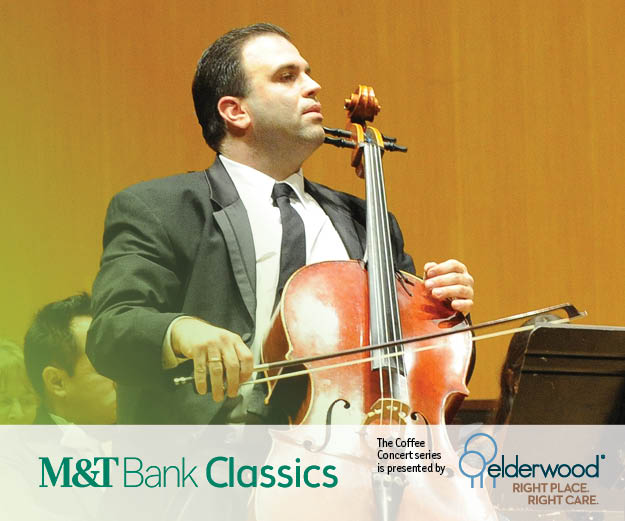 Principal Cellist Roman Mekinulov dazzles with Saint-Saens’ Cello Concerto No. 1 in a Latin-inflected program that culminates with Ravel’s famous Boléro.

A native of Leningrad, Russia, Roman Mekinulov began studies at the age of 5 at the Leningrad Music School. At ages 12 and 14, he won the Young Artists Competition of Leningrad. He entered the Rimsky-Korsakov College at age 16. He immigrated to the United States and earned Bachelor’s and Master’s Degrees at The Juilliard School.

He has performed extensively throughout the United States, Italy, Austria, Hungary, Germany, France, Greece, Denmark, Switzerland, and his native Russia. In 1991, he formed The Emerald Duo with Greek pianist Charis Dimaras, which won the Palma d’Oro International Music Competition in Italy.

In April of 1993, Mekinulov presented his New York recital debut at Carnegie Hall. In 1995, he made his American solo debut with orchestra, performing R. Schumann’s Cello Concerto with Greater Newburgh Symphony. In 1998, Mekinulov became principal cellist of the Orquestra Sinfonica do Estado de Sao Paulo in Brazil. He was a soloist with the leading orchestras of Brazil, Argentina and Peru. In 2001, Mekinulov was nominated for the prestigious Carlos Gomes Prize in the “Best Instrumentalist of the Year” category.

Mekinulov was appointed principal cellist of Buffalo Philharmonic Orchestra in 2001, and has been featured numerous times as soloist. Concierto en Tango, written by Miguel del Aguila for Mekinulov and performed and recorded with Buffalo Philharmonic, was nominated for a Latin Grammy. He has performed in more than 150 chamber music concerts in Western New York and elsewhere. His students have been accepted into Curtis, CIM, Peabody, and Eastman School of Music. He is a founding member and Artistic Director of the Bravo International Chamber Music Workshop. He resides in Amherst with his wife Sebnem, a lyric soprano, and their children, Talia and Benjamin.