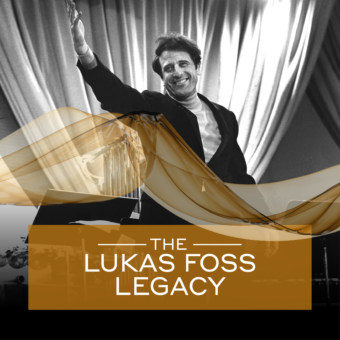 In commemoration of his 100th birthday, we celebrate the life and works of Lukas Foss, music director of the BPO from 1963 to 1970, and a transformative force in the Buffalo arts scene. His early tonal works, like Ode for Orchestra, Symphony No. 1, and Three American Pieces, were sublime, while his later works, such as Renaissance Concerto, which will feature flutist Amy Porter, explored an exciting avant-garde sound for which he became well-known. Rounding out the program is a nod to Foss’ great friend, Leonard Bernstein, with his Three Dances from On the Town, telling the tale of a trio of sailors and their amorous adventures while on leave in New York City.

This concert is presented in collaboration with the University at Buffalo Department of Music.